HKU President Mathieson's speech at NTU on Tue 3/21 at 2pm! 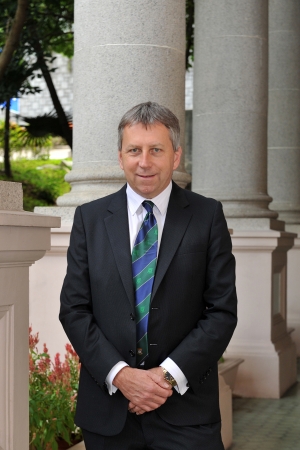 Prof. Dr. Peter Mathieson, the President and Vice-Chancellor of the University of Hong Kong, will share his experience on his learning journey at our NTU campus on Tuesday, March 21, 2017. Details are as follows; registration required via weblink below.

Title: The power of education: for self-improvement, internationalization and institutional advancement.

Venue: Shih-Liang Conference Center (Shih-Liang International Conference Hall )
臺大校總區，思亮館國際會議廳 MAP
The speech and Q & A session will be in English.

Peter was elected Fellow of the Academy of Medical Sciences in 1999. Between 2003 and 2007 he chaired the Research Grants Committee of Kidney Research UK. He was a member of the Renal Association Clinical Trials committee from 1996 to 2007 and Chairman between 2000 and 2003. In 2007 he was elected as President of the Renal Association (the youngest in its history) in a competitive election by the membership and also became Head of the University Department of Clinical Science at North Bristol. In the same year he was appointed as Director of Research & Development for the North Bristol NHS Trust. He served the full three year term as President of the Renal Association and remained a Trustee for a further two years as Immediate Past-President.