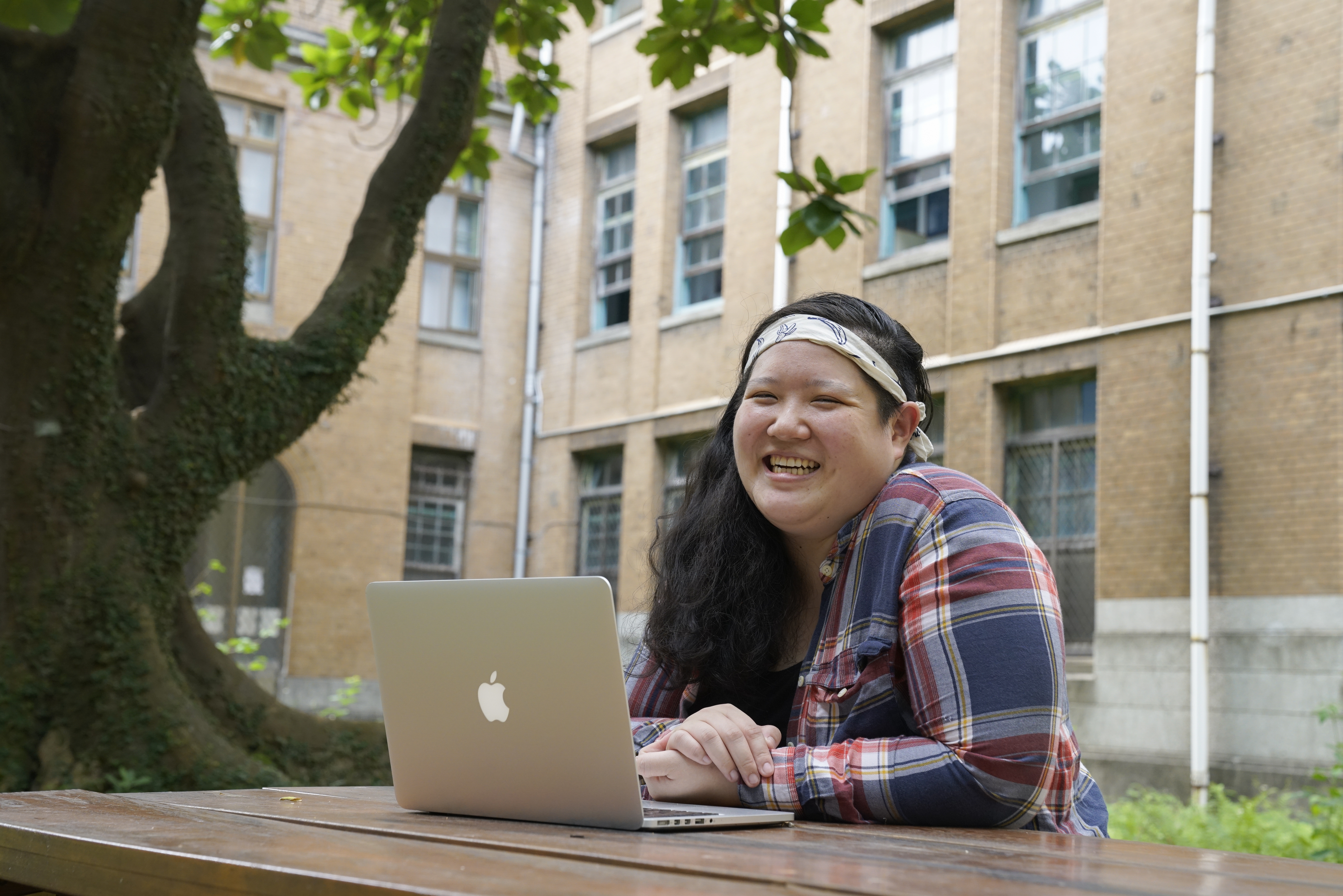 Part I: A Unique Relationship with Taiwan
Gaining wisdom beyond her years on her journey, SueAnn Shiah’s path to National Taiwan University has not been straightforward. SueAnn grew up in America in a Taiwanese-American family, and her first trips to Taiwan were family visits. In 2006 she embarked on her first independent adventure in Taiwan, participating in the Love Boat summer camp for overseas Taiwanese youth (known formally as the Overseas Compatriot Youth Taiwan Study Tour).

Pursuing her undergraduate degree at Belmont University in Nashville, USA, she studied music production and began working in the music industry. In the summer of 2012, while still an undergraduate, she returned to Taipei to study at the International Chinese Language Program here at National Taiwan University (NTU). Simultaneously, she had an internship at Sony Music Publishing in Taipei. That summer, SueAnn forged deeper connections with her roots in Taiwan, and was inspired by the popular idea of “huandao (環島),” which is a journey around the whole island of Taiwan.

In 2014, SueAnn returned to Taiwan yet again to film a documentary of her own journey around the island, titled Huandao. In her recent interview with the Office of International Affairs, she commented that one of her main motivations for this documentary was to, “Share my experience with people who couldn’t afford to come to Taiwan… specifically, what it means as a part of our experience as Taiwanese-Americans.” Many of her Taiwanese-American friends also wanted to come to Taiwan to experience the language and gain deeper connections with their roots, but were unable due to do so for various reasons. She said, “I will make a film that allows them to participate in the journey with us.” You can find out more information about the >>> Huandao document at https://www.sueannshiah.com/huandao-documentary.

Part II: Pursuing Interdisciplinary Interests at NTU
Discussing her decision to return to NTU to pursue a master’s degree, SueAnn commented, “I have been educated within the US educational system and I understand the American part very well, but I think I want to understand the Asian part of these things better.” Experiencing educational systems outside Europe and America can help us to decolonize and gain international perspectives, and for SueAnn, studying at NTU is also an important part of gaining a better understanding of Taiwanese culture and language.

Coming from a background in music, SueAnn decided to apply for the Graduate Institute of Musicology. “It just made sense to me that with my background, I could really flourish in that environment and when I started attending classes, I was like: this is perfect, this is everything I wanted,” she said, smiling. SueAnn also commented on the interdisciplinary nature of musicology: “In musicology we are very interdisciplinary and I think that’s really helpful because I have so many interests, and it gave me flexibility to explore things.” With access not only to courses at the Graduate Institute of Musicology, but to all the diverse courses offered at NTU, SueAnn had the opportunity to acquire new knowledge and experiences that would not have been possible in the United States.

Faith and Christianity are also core parts of SueAnn’s identity. As such, she had a desire to better understand religion in a Taiwanese context. She especially noted Professor Wang Yuh-Wen’s courses on spiritual and religious traditions in Asia as providing this knowledge; “I know as much as I need to know about Christianity… but I didn’t grow up in a culture that focused on these Daoist, Confucianism and Buddhist traditions, and through her (Professor Wang) I was able to learn a lot of things that I wouldn’t have been able to learn elsewhere.”

As a graduate student, knowledge gained outside the classroom is just as valuable as knowledge gained in the classroom. SueAnn came to NTU acutely aware of this, commenting, “The things that you do in your life outside, especially if you do ethnographic work, ends up coming back… I always came in knowing that I am not just coming here for what I can just learn in the classroom, I am coming because I need to immerse myself in the life, in the world, and learn from the people I’m with, because that’s what I cannot get when I am in the United States.”

Community also provides invaluable support and hope. Through her experiences as a community organizer, SueAnn noticed how “When you get a group of people together and they talk about their personal problems, and they realize they all have the same personal problems, you realize it’s no longer an individual problem, but it’s a systemic problem.” Understanding and tackling these systemic problems becomes easier with a strong sense of community. SueAnn has become a leader in Taiwanese-American, Christian, and queer communities. For her, “Community organizing gives me hope; it gives me sense that I’m not helpless. Not only that, but I can help other people to survive the things that I have dealt with.”

SueAnn shared some wise advice for Taiwanese-Americans, especially with regards to family relationships and language and identity. She encouraged Taiwanese-Americans to connect with their family, even though that can be an emotionally vulnerable process. However, “If you are willing to make yourself vulnerable, then you also give yourself the opportunity to have really great relationships. People cannot accept you if they do not have the chance to reject you… People are always trying to avoid pain, but by avoiding pain we also avoid the possibility of joy, and being able to know that we are loved and accepted.” It can be hard to let yourself be vulnerable, but by doing so you also open yourself up to greater joy.

She also encouraged Taiwanese-Americans to not let language be a benchmark for authenticity. Rather than using language as a measure of identity, she believes, “Identity is often more about relationship. The relationships that we have with one another.” Learning any language is a long journey, and SueAnn knows from experience that, “You don’t get better in a language without failing, but you can only fail up. You do not get better if you do not try, and if you try you will for sure make mistakes... The road to success is failure.”

With regards to being queer and Christian, SueAnn commented how, “There has been a false dichotomy created that being gay or queer is antithetical to Christianity and in order to be one is then you must be the opposite of the other. That’s the first lie that you have to destroy. You can be queer, you can be gay, and be Christian.” She realized how these parts of her coexist and enrich each other.

“For me, being a queer-Christian is an extremely life-giving thing; it inspires me and it gives me a sense of purpose of my life. But it is also a source of sadness and pain and trauma. When I was first coming out to myself it was the hardest year of my life. The only thing that really kept me hanging on was that if I can fight to make the world better, then it’s worth to sticking around to try. I’m glad that I did because the world that I was trying to build for somebody else ending up being a world that I could actually live in.” SueAnn’s journey is one of resilience and perseverance, transformed into triumph and joy. She has fostered multiple community spaces for people with similar intersectional identities, and in doing so found purpose and inspiration. 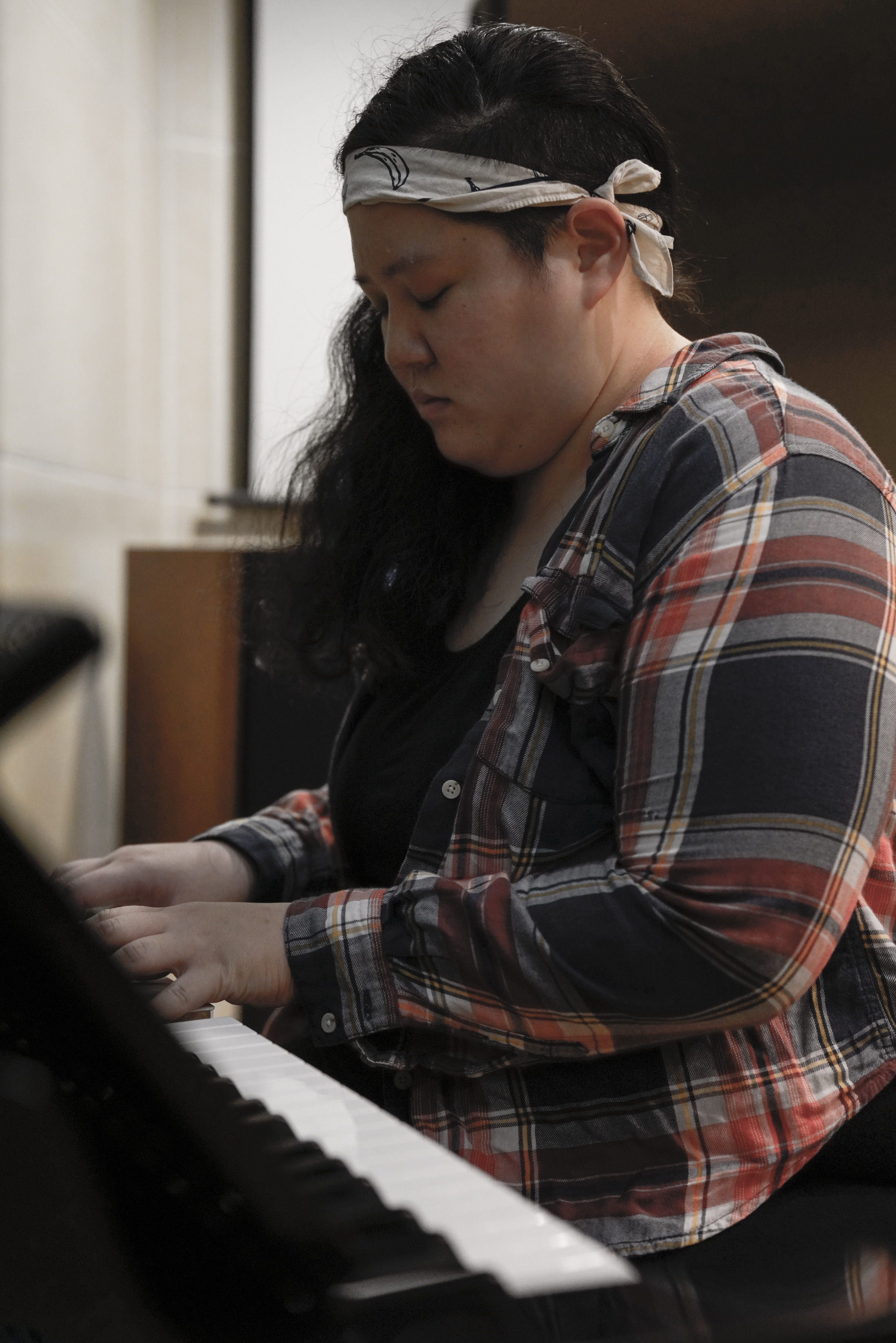 With multiple LGBTQIA+ related student groups on campus, and as the top university in first country in Asia to legalize marriage equality, National Taiwan University has a diverse community of queer-identifying people and many supportive allies. This is visually noticeable when walking around campus, as SueAnn observed, “The students are very queer friendly. I see a lot of those beautiful little rainbow ribbons on every bicycle and backpack. They’re everywhere!” This reflects an awareness and support of queer communities.

The academic environment here is also notably queer friendly. For someone interested in queer studies, “there are some really cool classes here. I attended a couple queer-theory courses, in the sociology department and in the literature department. I went to another cool class on religion, society, and gender in the sociology department,” SueAnn said. There is also a unique relationship between queer studies and Taiwan studies, which SueAnn attributes to Taiwan studies’ similarly marginalization position in academia. “As a queer person who is a queer activist, sometimes you actually need to pick the place where there is less investment in institutional prestige because there are actually more opportunities for creativity there.” Students at NTU are free to pursue any kind of academic interests they have, and intersectional research projects that include queer and/or gender studies are becoming increasingly common.

If you are a queer-identifying prospective (or current) student, please don’t hesitate to contact us at the Office of International Affairs with any questions about support for LGBTQIA+ people on campus, or about queer communities in Taipei.

Experiencing education outside of a Western system is something SueAnn encourages for all students. Higher Education in the United States and Europe has a complex history of hierarchical structures, and as SueAnn notes, “if we want decolonize and attack these oppressive hierarchies and structures, one of the things we have to first dismantle is the elitism that exists in academia, and thinking that things have to come from these certain schools, these places or these countries in order to be legitimate.” There is fascinating, diverse research and discussion coming from universities around the world, and studying abroad helps internationalize perspectives and diminish academic elitism. Moreover, there is much more to be learned from people with vastly different experiences than those with similar ones.

For graduate students like herself, SueAnn wants you to know that you can take your time with your studies at NTU, and savor the experience! As the tuition in Taiwan is much cheaper compared with the United States, and many countries in Europe, it is much more affordable to stay and continue one’s studies. Furthermore, there are many scholarships available to international students to subsidize your studies at NTU. For more information on scholarships, you can visit https://oia.ntu.edu.tw/en/internationalstudents/degreestudent/scholarships/ .

Following her graduation from NTU this June, SueAnn will be pursuing a Master of Divinity at Princeton Theological Seminar this coming fall, under a full tuition scholarship. Looking hopefully towards a future return to Taiwan, SueAnn said, “If I come back to Taiwan, I want to start an LGBTQ Affiliated church in English in Taipei. That’s my hope... because currently there aren’t any LGBTQ Affiliated English-speaking Churches in Taipei, or in Taiwan.” We wish SueAnn the best of luck with her future studies and career, as well as continued success as a community organizer.

>>> Come join us at NTU, find more admission details on our website!

>>> Stay tuned for our next case of OIA Investigation Bureau.